For Brisbane Chorale’s conductor Emily Cox AM, the choir’s upcoming performance of works by Fanny Mendelssohn Hensel and Felix Mendelssohn on 1st May 2022 is the realisation of a dream which began at the start of the COVID-19 pandemic.

But it’s a dream Emily wasn’t sure would ever come to fruition.

“When I first thought of performing the Fanny Mendelssohn Hensel Oratorio, I had no idea when we might be able to perform the work, due to restrictions and limitations brought on by the pandemic,” she remembers.

“But I was captivated by the idea of this young woman composing music she knew would not be heard widely, but which allowed her to express her grief at the devastation of the cholera epidemic raging through Europe, and further, her hope and faith.”

Emily felt strongly that with the world at large still struggling to come to grips with the relatively rare modern phenomenon of a global pandemic, this was the perfect time to bring Hensel’s wonderful work to Chorale’s audience.

“I was certain that experiencing this music would be so relevant during these times for both performer and listener,” she notes. “What a rare thing, to look at the world through her eyes.”

The music of Hensel, which Emily describes as “artistically crafted, colourful, beautiful, assured and direct”, was largely unexplored until the 1990s and Hensel herself was never able to hear her own works brought to life by a full choir and orchestra.

Emily is very grateful that the sort of barriers Hensel encountered in pursuing a musical career are much less prevalent now. “I’ve been lucky in my career to be able to work around at least some barriers or basically, to do my thing.

“I’ve always been aware of bias and assumptions about female conductors, particularly in the purely orchestral world, but as a musician focussing on choral music, it hasn’t felt like an impediment.

“Sure, I’ve had some negative experiences over the years, but I’ve always been determined to ignore unconstructive perceptions and, in doing so, to inspire other women choosing a career in conducting.”

Hensel’s Oratorio is a beautiful but brief work so when it came to deciding what should feature alongside it in the concert, for Emily the choice was easy.

“When an opportunity was finally found for us to produce this concert, albeit postponed due to our Omicron-delayed start to the choir’s year, I needed to find a second work for the concert,” she says.

“I was determined that it should be by Fanny’s brother Felix Mendelssohn, and I knew exactly which piece to choose – a perfect foil to the oratorio. Psalm 42 was the one.”

Though some may not be familiar with the works in the concert, Emily believes audiences will respond to them.

“Both works are incredible outpourings of emotion – the word ‘cathartic’ comes to mind,” she says.

“I am proud to bring Brisbane a work of this magnitude by his sister Fanny Mendelssohn Hensel, because it simply deserves to be heard!

“I really believe the title we gave the concert, ‘Adversity and Hope’, is the key idea here. With a world abounding in adversity, we could all use a little hope right now.” 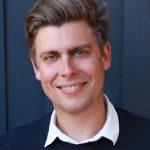 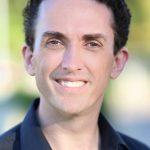 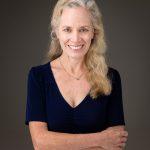 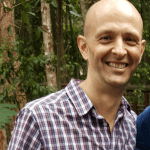 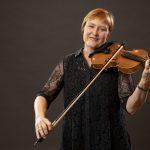 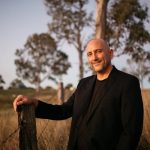